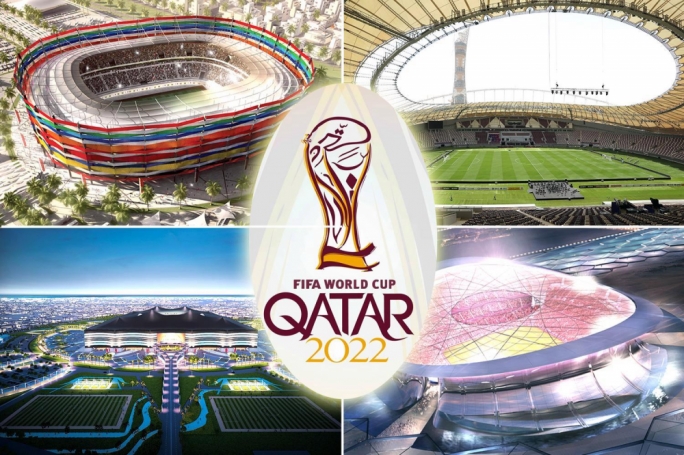 The national football team of Ukraine formally filed a request to have their qualifying playoff match against Scotland in the World Cup be postponed.

The Ukrainian team is scheduled to face Scotland on March 24 as a portion of the final four group which also includes Austria and Wales, with only one spot available to be qualified to the World Cup 2022 in Qatar. The UEFA qualifiers will see if Ukraine can have a trip to Glasgow to play for the match at Hampden Park.

After the request was filed, FIFA made an official statement, they said “During these critical times, football tournaments are not significant.” These changes could put a challenge in the systems of FIFA, considering that the group stage draw for the World Cup is scheduled for April 1, prior to the official start of the tournament on November 21.

According to FIFA, the most feasible date to resume the match for the World Cup qualification would be June 14, considering that the 32 qualified teams typically have to undergo a series of FIFA workshops and these events usually occur within 100 days before the World Cup begins.

The playoff semi-final of Ukraine with Scotland for the World Cup could be moved to the early weeks of June, this is to ensure that every nation will be given a fair chance to qualify for the Qatar Games.

The decision whether the match will be held in March must be finalized by the end of this week following the request of Ukraine, and there is no assurance that the match will take place in a game that is delayed.

The only problem that the UEFA sees regarding the rescheduling of the match between Ukraine and Scotland is the unlikelihood over whether Ukraine could form a required number of members on the team, considering the ongoing Russian invasion in Ukraine.

Can it be played in June?

Even though the football organizations in Scotland are seeing the possibility of continuing the match in the early weeks of June, it is considered that the last spot on the UEFA qualification for the World Cup can be completed by allowing three games to be played in the international schedule from June 2 to June 14.

Once the playoffs for the World Cup were scheduled for June, this could lead to some of the Nations League matches being moved to November and can be held instead of the friendlies of the World Cup.

As a consequence, this would make the semi-final games between Scotland and Ukraine along with the match between Austria and Wales both could be played at the beginning of June. This will be ahead of the finals in which the winners from each of the respective matches will play on June 13 or 14 to complete the last UEFA spot to qualify for the Qatar Games.

The World Cup 2022 will be held from November 21 to December 18, in which it was moved in the winter months to avoid the unbearable summer temperatures in Qatar.

Also, another consequence of the war is that the Russian national team were pulled out from the competition, as FIFA stood firm that the inclusion of Russia would upset more representatives due to their invasion of Ukraine.

Recently, several European football teams and clubs such as Manchester City, Everton, Leicester, Benfica, and other sports teams expressed their solidarity with Ukraine amidst the ongoing war. Both FIFA and UEFA provided sympathies to the Ukrainian national team and they partnered with the French Republic to ensure that the safety of the players and their families will be provided.

What To Watch Out for in Qatar if You Are Planning To Attend World Cup 2022?

Effects of Ukraine Invasion to the Online Gambling Industry

Online gambling sites are the best decision for gamblers! Why?

What is the purpose behind picking and playing slot wagering games online?

7 Tips to Help You Win at Online Baccarat